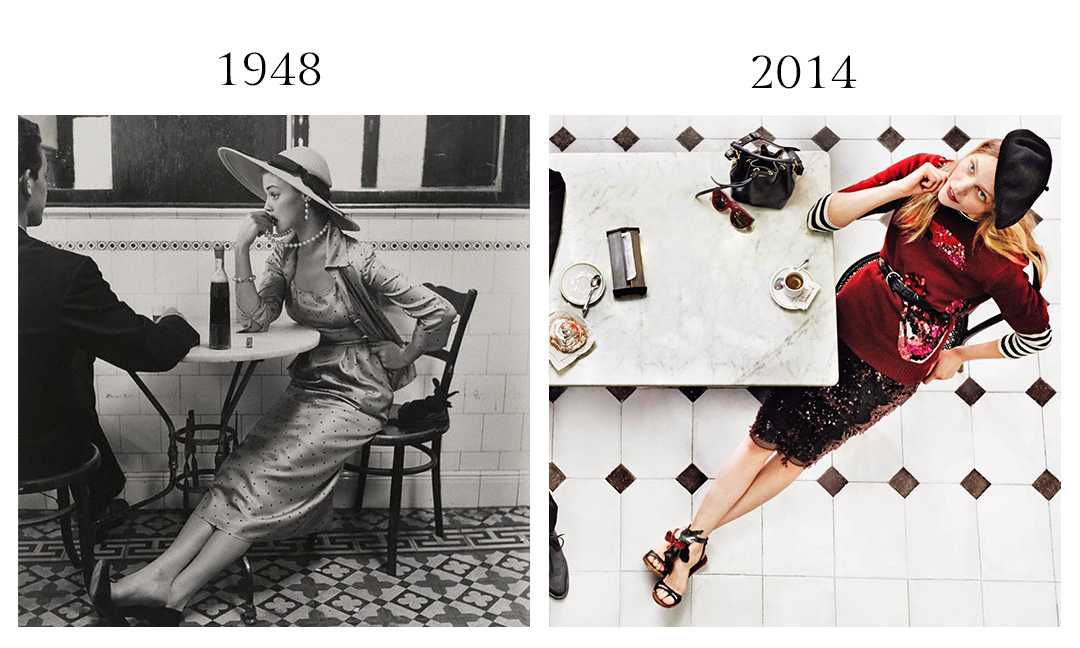 In Lima, Peru, Irving Penn would photograph model Jean Patchett on her first Vogue assignment for the editorial, “Flying Down to Lima.” Penn’s well-known image of the then 22-year-old model was reportedly taken candidly, as Patchett awaited the next scene, unknowing of the camera upon her. For Vogue’s May 2014 issue, Mario Testino would photograph a reclined Sasha Pivovarova seated opposite British singer-songwriter James Blake at a Barcelonian Café, reminiscent of Penn’s 1949 issue. 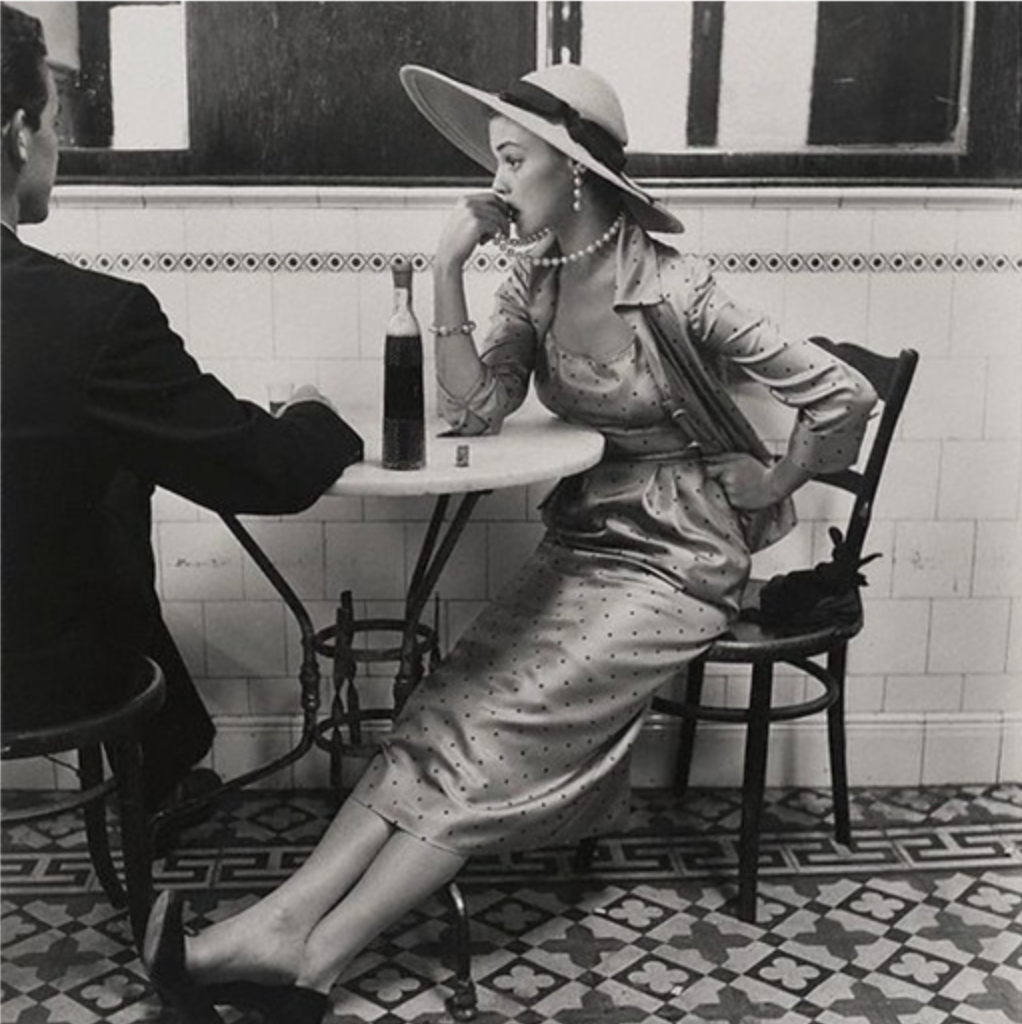 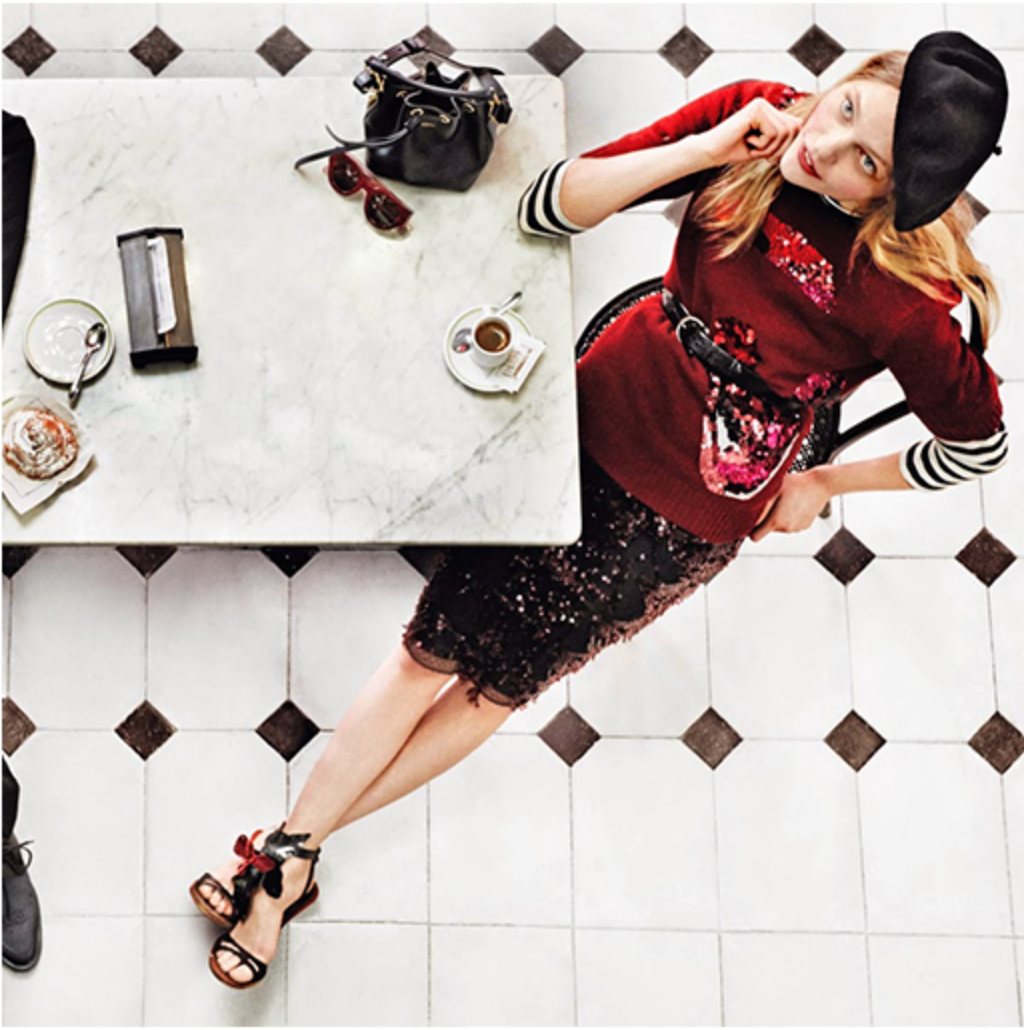 Sasha Pivovarova and James Blake by Mario Testino for Vogue, May 2014