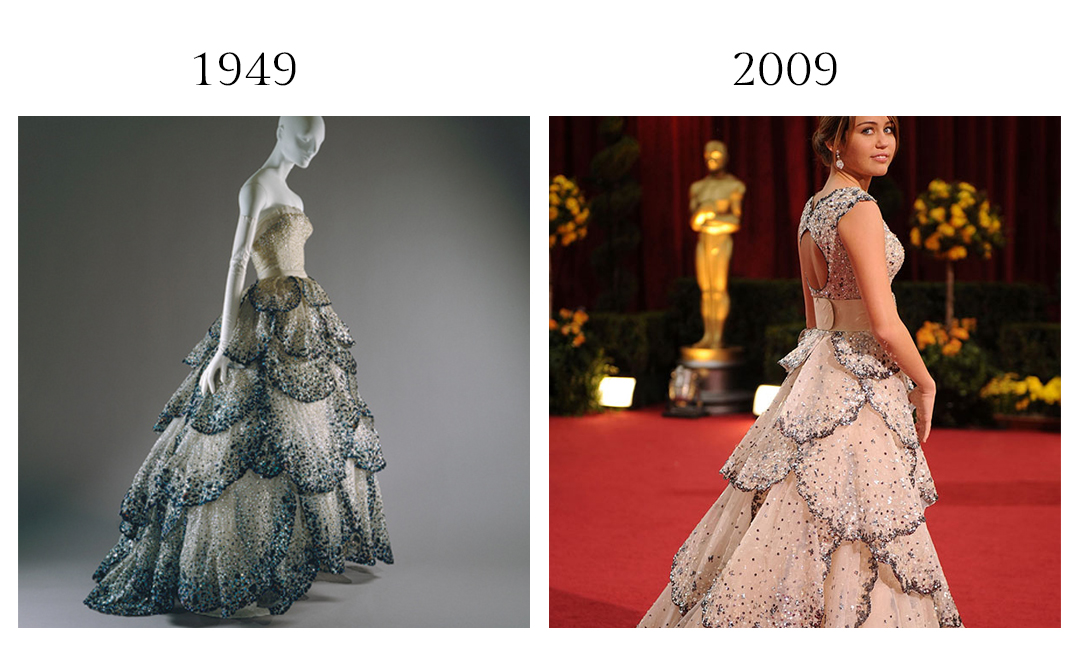 Christian Dior’s Junon gown from the designer’s 1949 collection, which also featured gowns by the names of Venus and Hera, is constructed with a skirt of beaded ombré petals resembling peacock feathers, a bird possessing classical symbolism through its associations with the Queen of the Olympians. The ball gown, housed at The Costume Institute at The Metropolitan Museum of Art, has been a source of inspiration to countless designers. In 2009, Miley Cyrus wore a dress bearing uncanny resemblance to Junon to The Oscars by Lebanese designer Zuhair Murad whose publicist commented that Murad’s version “re-creates the look of the Dior gown using today’s technology.” 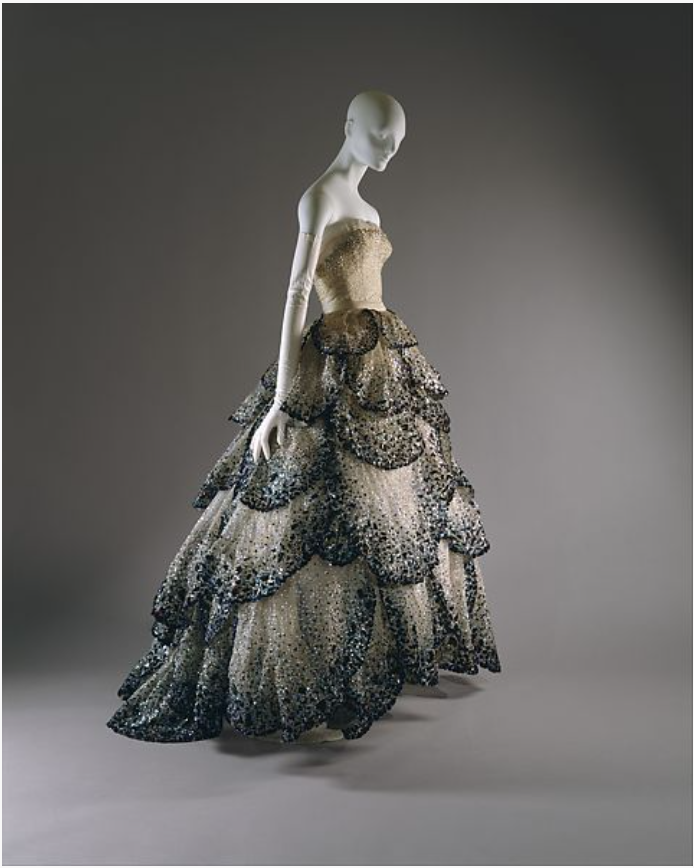 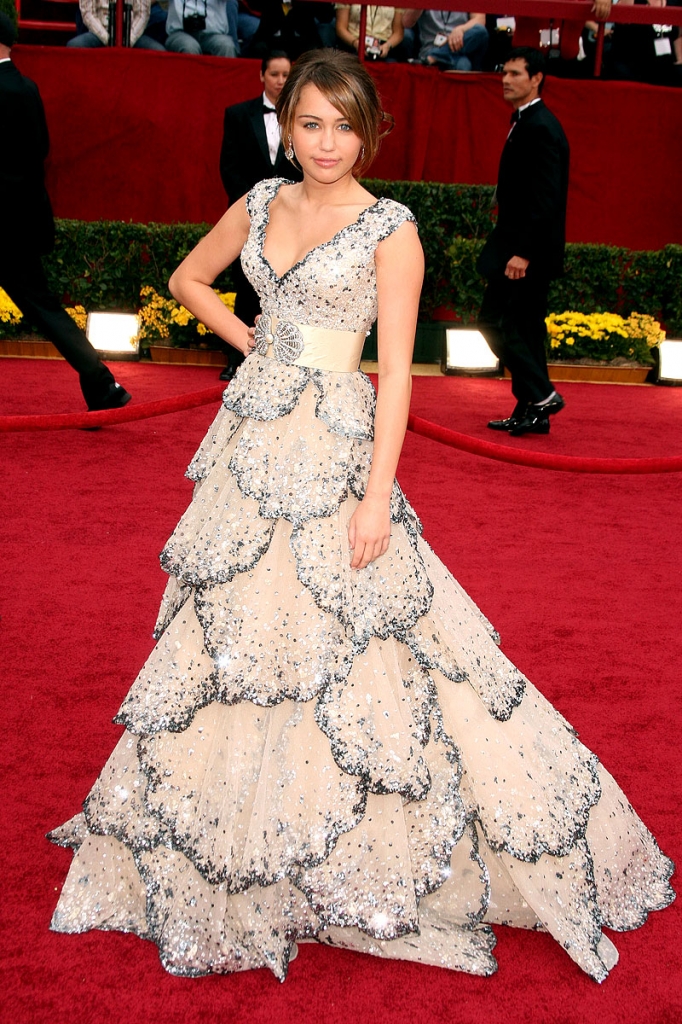