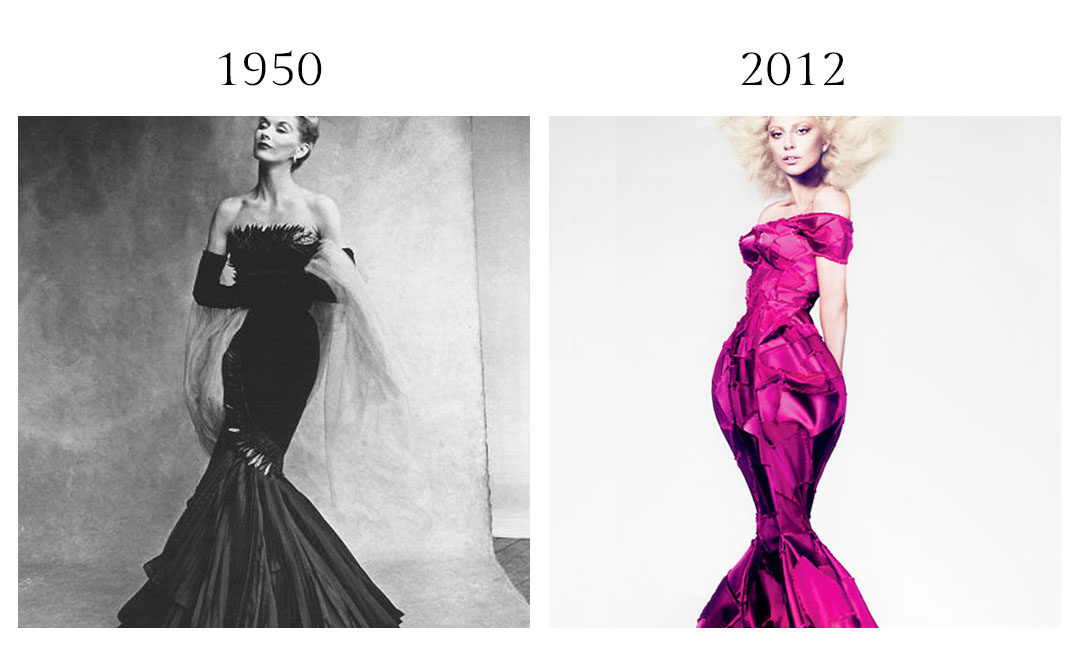 Regarded for his skill to capture even the slightest sartorial detail, Irving Penn frequently photographed his muse and wife, Lisa Fonssagrives, who represented the beauty ideal of the period now referred to as the golden age of couture. In this photograph published in Vogue’s September 15, 1950 issue, Fonssagrives wears a gown by Rochas, displaying the fashionable hourglass silhouette of the period. Vogue’s September 2012 cover, featuring Lady Gaga shot by Mert Atlas and Marcus Piggott, depicts the singer in a Marc Jacobs gown with a similar silhouette. While the contemporary image bears significant resemblance to Penn’s, it gives off an impression of a hyperreality, perhaps hinting at what the Vogue cover story refers to as Lady Gaga’s ”peculiar relationship with the truth.” 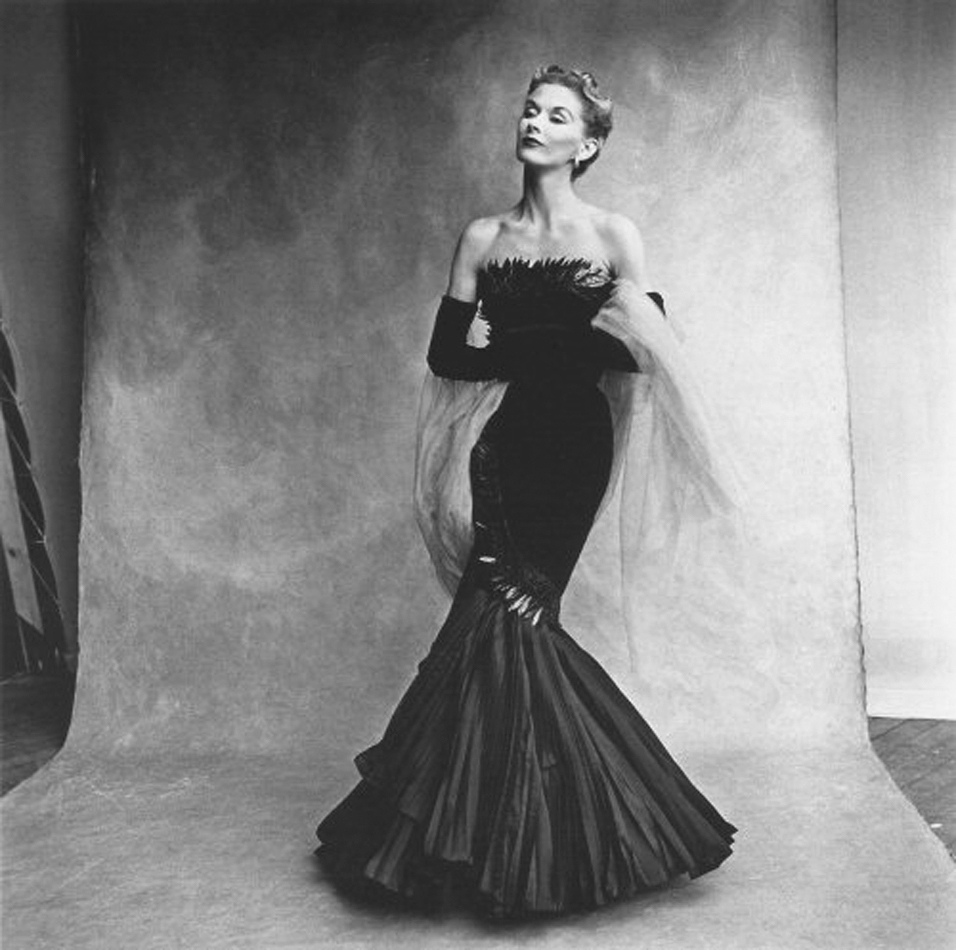