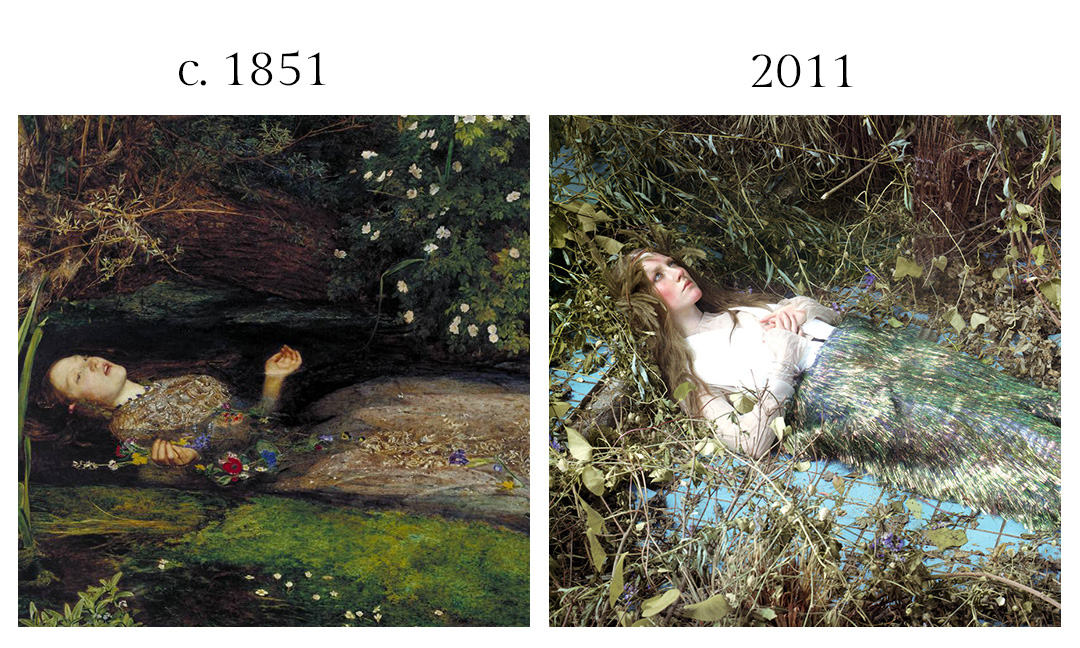 As one of the three founders of the Pre-Raphaelite Brotherhood, John Everett Millais, would create some of the most well-known imagery of the Pre-Raphaelite movement which looked to Quattrocento or 15th-century Italian art. Shakespeare often served as inspiration to the Pre-Raphaelites as seen in Millais’ 1851-52 painting Ophelia which portrays the tragic suicide of Ophelia in Hamlet. For Vogue‘s December issue in 2011, Steven Meisel took inspiration 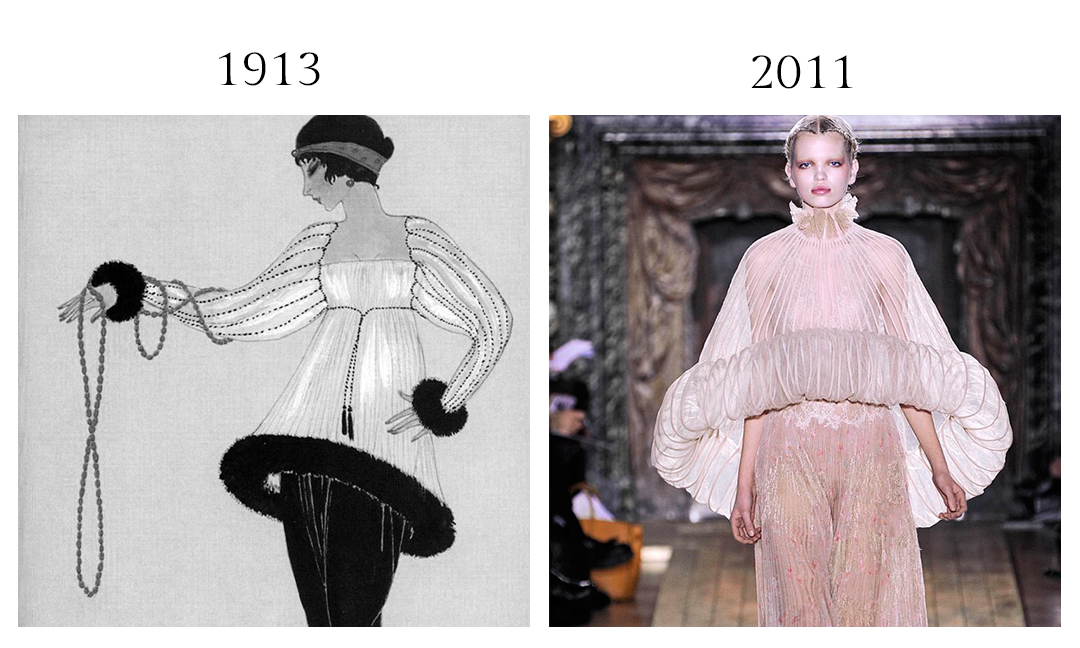 Paul Poiret’s 1913 costumes for Le Minaret were followed soon after with similar versions available for his avant-garde patrons looking to shock in Orientalist ensembles. Poiret’s translation of harem-style dressing for the Parisian set resulted in a stiffened, oversized tunic paired atop his columnar hobble skirts. The “lampshade” silhouette became a signature design for Poiret both on 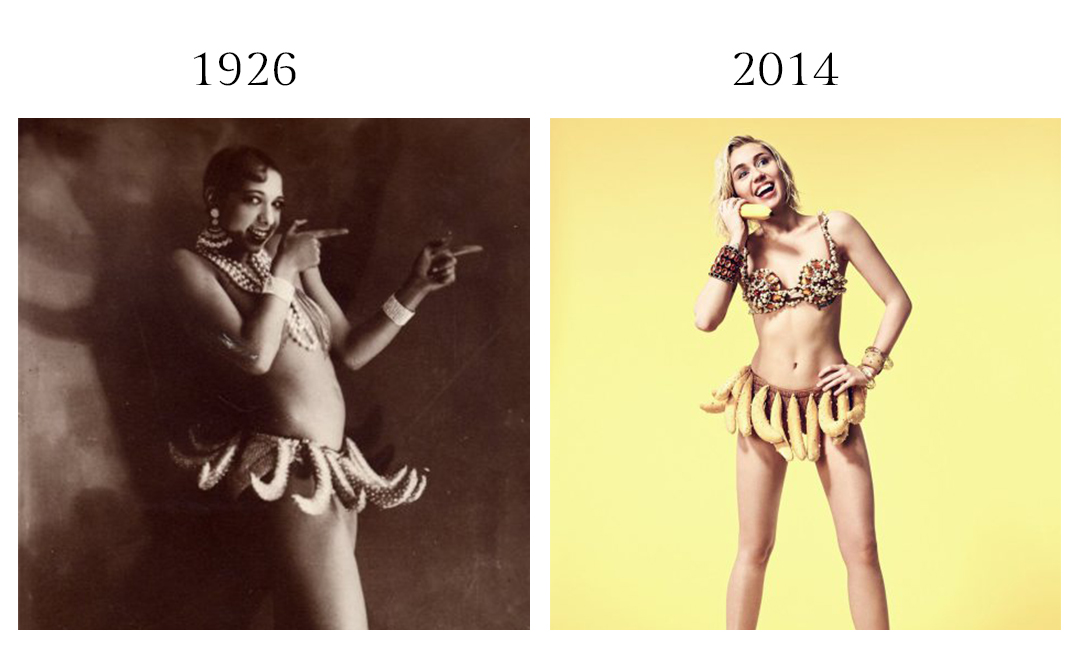 A pioneer for African American women, Josephine Baker is commonly associated with her seductive banana dance performance at the Folies Bergère, costumed in a skimpy skirt constructed with a string of artificial bananas. Miley Cyrus would follow suit in a banana skirt lookalike, sporting the provocative ensemble almost a century later to promote her upcoming tour. Miley 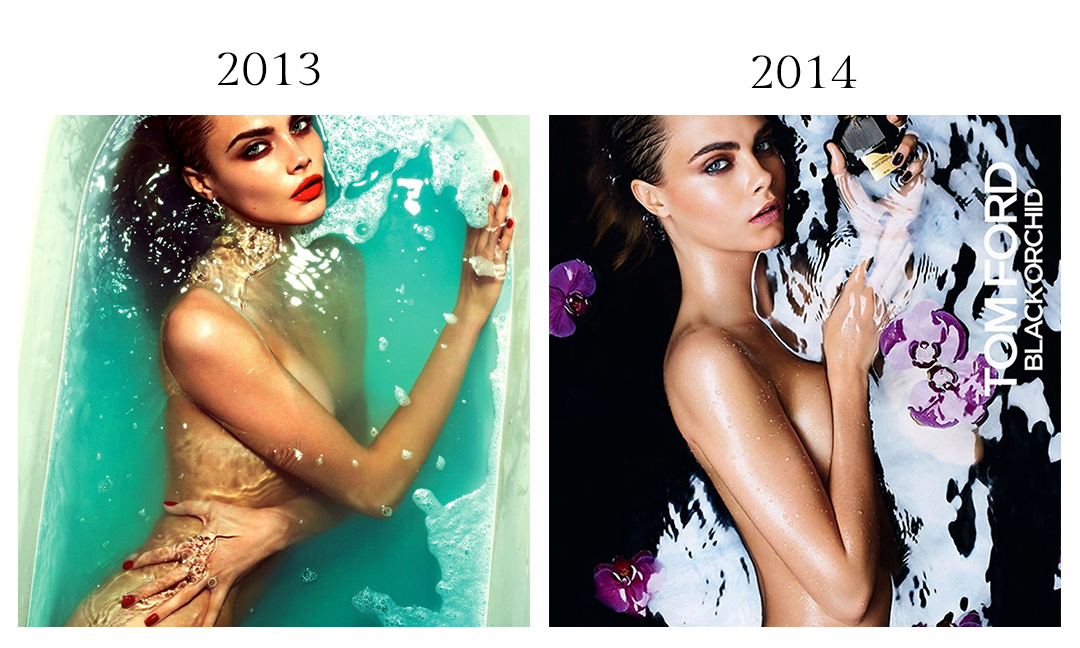 For Love Magazine’s SS 2013 issue, photographer duo Mert and Marcus took to the tub when photographing Cara Delevingne, Kate Moss and Chloe Moretz. A year later, Cara appears as the face for Tom Ford’s Black Orchid fragrance campaign. In line with the brand’s ever-racy ads, the British model soaks nude in a tub with orchids 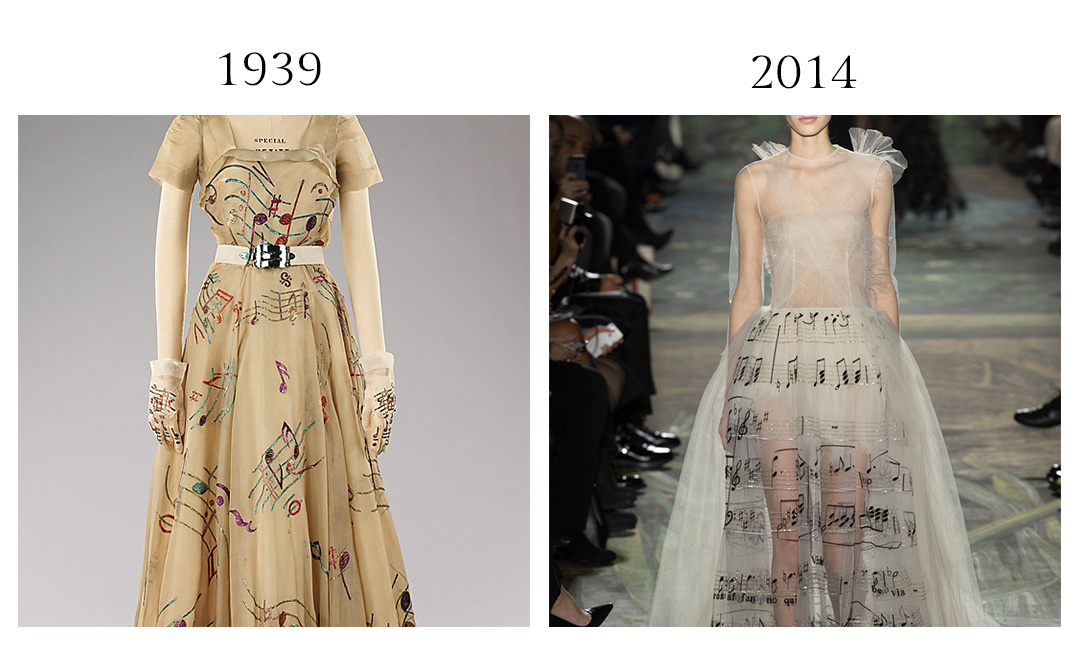 Iconoclast designer Elsa Schiaparelli is most remembered for infusing a sense of wit and irony into her designs through surreal touches. Schiaparelli’s Fall 1939 music-themed collection celebrated music, quite literally, with drum-shaped button closures, embroidered musical notes and music boxes designed into belts and hats. This particular dress, owned by heiress Millicent Rogers and housed at